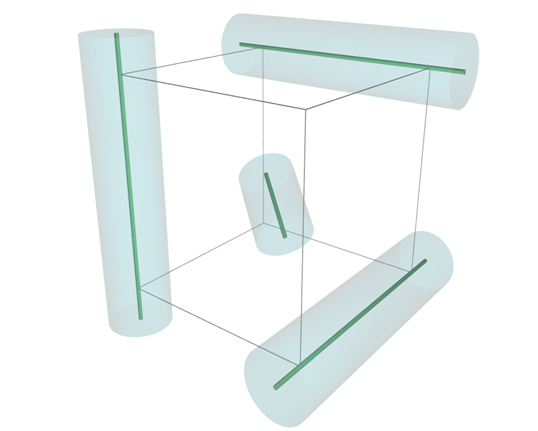 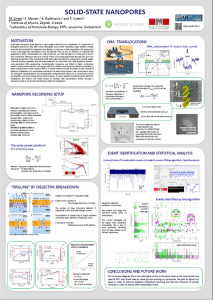 he exploration of living cell is the major technological challenge for the 21st century. From a physicists perspective,  DNA and proteins are nano-machines that function in the crowded environment of the cell. For technological applications we have to extricate different cell components and confine them to a solid state device – to form a hybrid system. Currently, the most promising concepts for low cost, high-throughput DNA sequence mapping and/or sequencing are based on DNA arrays (confinement in two dimensions) and on nanopores – DNA translocating through nanometer-sized pores (confinement in one dimension). Confined DNA hybrid systems should be capable of label-free electronical readout of the sequence, without costly labeling and enzymatic reactions. The ability to sequence DNA quickly and at low cost is essential to e.g. the studies of antiobiotic resistance, evolutionary studies and enables the personalized medicine concept.

The immediate objective of our project was to combine the expertise available at the Institute of physics, Zagreb (IFZ) in the fields of surface and DNA physics.  Our goal was to open confined DNA hybrid systems studies in Croatia, in partnership with the Laboratory of Nanoscale Biology  from École polytechnique fédérale de Lausanne (EPFL).

Understanding the charge of DNA, surrounding ions, and potentials within the constraints of an array or a nanopore are a fundamental requisite. We intended to create and test two original hybrid systems. One is the DNA attached to a nanotemplated graphene. Such a template may lead to formation of a highly ordered and dense DNA array in presence of  multivalent salts. This structure might become a route towards label-free electronical readout of the sequence. The other system is DNA translocating through a pore created in a graphene base device. We tested routes towards increasing significantly the translocation time.

Achieving these goals demanded from us to coordinate several well-equipped and staffed laboratories at IFZ: Scanning probes Lab, X-ray scattering Lab and Lasers for applications Lab. Enhanced activity focus and the training by EPFL lead us to fulfill a broader objective: our Labs became capable to support Croatian research community and industry in the studies of systems much more diverse than those addressed in this project.

Collaborators on the Confined DNA project have published works in Nano Letters, Macromolecules,  The Journal of Physical Chemistry C, journals of significant impact, among the best in their respective scientific fields: